The darkness covered the Earth like a blanket, and quietness seemed to reign. Except for the crickets, who decided to hold a concert, everything was calm. I stood on our patio, looking up into outer space. It seemed as if I was transported to another world, as if I could behold heaven right where I stood!

I have always been fascinated with outer space, constellations, star formations, cluster stars, you name it, I love it! The pictures that I have found of constellations up close and other star formations are breath taking! But this evening I was watching one of my favorite constellations, one which I love to point out to people and explain! The one I am about to explain to you.

Let me start at the beginning, the very beginning, the one in Genesis. The Lord created the sun, moon, & stars on the 4th day. They are not only beautiful to look at but each was to serve a purpose for us. The sun to help the plants to grow, as well as important nutrients that we need to survive. The sun keeps us warm and it makes us able to see everything around us, the world would be a very dark place without the sun. The moon also gives us light at night time, so that we aren’t in complete darkness.

That is not all that the moon does though it helps control gravity and keep the oceans from taking over the whole earth. The moon gets its light from the sun which is also a very interesting thing. Now the stars are not just tiny little things in the sky, some of them are planets, and all stars are big, bright and some are even bigger then our sun! The sun is a star, the brightest star we can see on our own.

The stars although most of us don’t realize it tell us a story, and no I’m not talking about the Greek mythology that most people know. I’m talking about a story that starts from the beginning of Genesis and ends in Revelation. Confused? Well let me try and explain, the constellations in the sky tell the story of Redemption, the price that was payed and what the end result would be. It tells the whole story of what Jesus did for us. Nature was the first Bible and was used to teach all of the things that we know and can read in the Bible now.

Let me focus on one of those stories now…

The constellation, Orion is mentioned in the Bible in Job. It happens to be my favorite constellation. It is quite distinctive in the Eastern night sky, it usually is only visible during the winter and some of the spring months. You can easily point it out to anyone and they would recognize it the next time they are out. It has two stars at the top one a little higher than the other, then below those two stars are three other stars forming what is known as the belt. Then if it is dark enough and there are no city lights on, you would be able to see three more stars hanging down from the belt, that is known as the sword. Then there are two finale stars one a little higher than the others, those are the feet.

There so many aspects that can be pointed out about Orion, that I won’t name them all for you, I will just focus on two, for now, and maybe later, if you want, I can go into more detail. In fact I could name other constellations that map out the whole story of redemption. A little side note stars were also used as the very first navigation system, for centuries people have used the stars to determine where to go and how to get there, captains of sea ships of long ago had only the stars to lead them across the vast amounts of water, I find that pretty awesome.

The two things from Orion that I want to focus on are, the Sword and the Feet. First the Sword…we have good evidence in the Bible and Spirit of Prophecy to know that Jesus, when He comes back the second time, will be arriving from the East, and it will be from the well known constellation of Orion! A well known fact about Orion is this, in the Sword there is a special star, located in the middle star of the sword. Astronomers have discovered, it is like a trench and it seems to lead to some place else, and they are not able to go through this tunnel because they don’t know where it ends and it is to far from Earth!

This trench goes on for miles, and is known as the Orion Nebula, it also happens to be very beautiful. I do encourage you do to a search about this and see what you discover, look up in the Bible where it talks about Orion and see what other meanings the stars have, because let me tell you it is pretty amazing once you start digging in and seeing the different meanings behind it. Then when you look up at the night time sky it becomes a whole different experience, you don’t just see the stars and the pretty night sky, it reminds you of Jesus.

That is why Jesus made analogies with everything in nature so that when we would look around we would be reminded of what He would have us to learn. Also what the Lord has done for us and what is yet to come. Looking up in the night sky, I definitely feel very small and know that we are not alone that Jesus is there for us and waiting for us to trust in Him

Now, to me it was quite obvious what this meant, that star is where Jesus is coming out of! But don’t just believe it because of what I say, study about it! Look up in the Spirit of prophecy and really search it out, I tell you every time I think about it, and read about it, it makes me excited and looking forward to learning more.

Okay, now the next thing that I want to explain are the Feet, you will notice when you look at the feet, that one is raised a little higher than the other, well now I will try my best to explain that to you. Beneath the constellation of Orion is a constellation called The River, but I like to refer to it as…The Serpent! 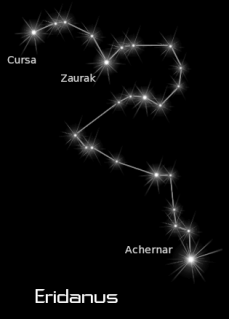 You probably well know the Bible text Genesis 3:15, if not I will encourage you to look it up! It is the first prophecy in the Bible, and part of it says this, “It shall bruise thy head, and thou shalt bruise his heel.” Now if you go back to the constellation of Orion…it makes perfect sense! God tells us right in the stars what is going to happen!

Orion has one foot raised about ready to crush the head of the serpent. Just like the Bible said, and just what happened on the Cross of Calvary. The Lord put His whole plan in the stars so that no one would be able to forget what His plan was. Of course Satan has to ruin everything so he made Greek mythology so that when people looked up they would think about the wrong gods, also the wrong stories that the stars told.

Now to me this was so amazing! I love it! And every time I look at Orion, I think of the plan of Salvation and how Jesus is coming very soon to take us home with Him! I pray that this will be a blessing to you as well!  Remember to shine bright like the Stars, I could literally go on and on with analogies about the stars, if you guys are interested in another part to this let me know in the comments below.