This is a powerful little devotional from the book Thoughts From the Mount of Blessing, and when I read this I thought it was pretty amazing and I wanted to share it with all of you! =D

It was Christ who, amid thunder and flame, had proclaimed the law upon Mount Sinai. The glory of God, like devouring fire, rested upon its summit, and the mountain quaked at the presence of the Lord. The hosts of Israel, lying prostrate upon the earth, had listened in awe to the sacred precepts of the law. What a contrast to the scene upon the mount of the Beatitudes! Under the summer sky, with no sound to break the stillness but the song of birds, Jesus unfolded the principles of His kingdom. Yet He who spoke to the people that day in accents of love, was opening to them the principles of the law proclaimed upon Sinai.

When the law was given, Israel, degraded by the long bondage in Egypt, had need to be impressed with the power and majesty of God; yet He revealed Himself to them no less as a God of love.

“The Lord came from Sinai, And rose from Seir unto them; He shined forth from Mount Paran, And He came from the ten thousands of holy ones: At His right hand was a fiery law unto them. Yea, He loveth the tribes; All their holy ones are in Thy hand: And they sat down at Thy feet; Everyone received of Thy words.”

It was to Moses that God revealed His glory in those wonderful words that have been the treasured heritage of the ages: “The Lord, The Lord God, merciful and gracious, long-suffering, and abundant in goodness and truth, keeping mercy for thousands, forgiving iniquity and transgression and sin.” Exodus 34:6, 7. 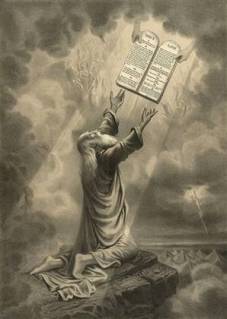 The law given upon Sinai was the enunciation of the principle of love, a revelation to earth of the law of heaven. It was ordained in the hand of a Mediator—spoken by Him through whose power the hearts of men could be brought into harmony with its principles. God had revealed the purpose of the law when He declared to Israel, “Ye shall be holy men unto Me.” Exodus 22:31. 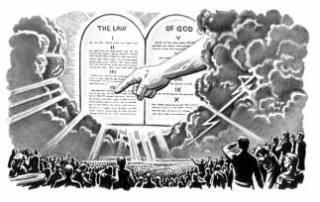 But Israel had not perceived the spiritual nature of the law, and too often their professed obedience was but an observance of forms and ceremonies, rather than a surrender of the heart to the sovereignty of love. As Jesus in His character and work represented to men the holy, benevolent, and paternal attributes of God, and presented the worthlessness of mere ceremonial obedience, the Jewish leaders did not receive or understand His words. They thought that He dwelt too lightly upon the requirements of the law; and when He set before them the very truths that were the soul of their divinely appointed service, they, looking only at the external, accused Him of seeking to overthrow it. 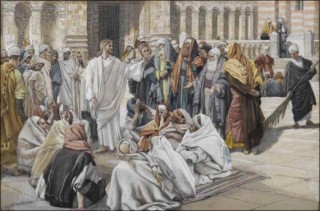 The words of Christ, though calmly spoken, were uttered with an earnestness and power that stirred the hearts of the people. They listened for a repetition of the lifeless traditions and exactions of the rabbis, but in vain. They “were astonished at His teaching: for He taught them as one having authority, and not as their scribes.” Matthew 7:29 , R.V. The Pharisees noted the vast difference between their manner of instruction and that of Christ. They saw that the majesty and purity and beauty of the truth, with its deep and gentle influence, was taking firm hold upon many minds. The Saviour’s divine love and tenderness drew the hearts of men to Him. The rabbis saw that by His teaching the whole tenor of the instruction they had given to the people was set at nought. He was tearing down the partition wall that had been so flattering to their pride and exclusiveness; and they feared that, if permitted, He would draw the people entirely away from them. Therefore they followed Him with determined hostility, hoping to find some occasion for bringing Him into disfavor with the multitudes and thus enabling the Sanhedrin to secure His condemnation and death.

On the mount, Jesus was closely watched by spies; and as He unfolded the principles of righteousness, the Pharisees caused it to be whispered about that His teaching was in opposition to the precepts that God had given from Sinai. The Saviour said nothing to unsettle faith in the religion and institutions that had been given through Moses; for every ray of divine light that Israel’s great leader communicated to his people was received from Christ. While many are saying in their hearts that He has come to do away with the law, Jesus in unmistakable language reveals His attitude toward the divine statutes. “Think not,“ He said, “that I am come to destroy the law, or the prophets.”

It is the Creator of men, the Giver of the law, who declares that it is not His purpose to set aside its precepts. Everything in nature, from the mote in the sunbeam to the worlds on high, is under law. And upon obedience to these laws the order and harmony of the natural world depend. So there are great principles of righteousness to control the life of all intelligent beings, and upon conformity to these principles the well-being of the universe depends. Before this earth was called into being, God’s law existed. Angels are governed by its principles, and in order for earth to be in harmony with heaven, man also must obey the divine statutes. To man in Eden Christ made known the precepts of the law “when the morning stars sang together, and all the sons of God shouted for joy.” Job 38:7. The mission of Christ on earth was not to destroy the law, but by His grace to bring man back to obedience to its precepts.

The beloved disciple, who listened to the words of Jesus on the mount, writing long afterward under the inspiration of the Holy Spirit, speaks of the law as of perpetual obligation. He says that “sin is the transgression of the law” and that “whosoever committeth sin transgresseth also the law.” 1 John 3:4. He makes it plain that the law to which he refers is “an old commandment which ye had from the beginning.” 1 John 2:7. He is speaking of the law that existed at the creation and was reiterated upon Mount Sinai.

Speaking of the law, Jesus said, “I am not come to destroy, but to fulfill.” He here used the word “fulfill” in the same sense as when He declared to John the Baptist His purpose to “fulfill all righteousness” (Matthew 3:15); that is, to fill up the measure of the law’s requirement, to give an example of perfect conformity to the will of God. 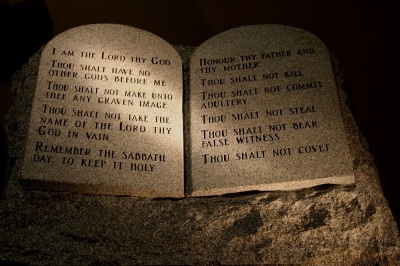 His mission was to “magnify the law, and make it honorable.” Isaiah 42:21. He was to show the spiritual nature of the law, to present its far-reaching principles, and to make plain its eternal obligation.

The divine beauty of the character of Christ, of whom the noblest and most gentle among men are but a faint reflection; of whom Solomon by the Spirit of inspiration wrote, He is “the chiefest among ten thousand, … yea, He is altogether lovely” (Song of Solomon 5:10-16); of whom David, seeing Him in prophetic vision, said, “Thou art fairer than the children of men” (Psalm 45:2); Jesus, the express image of the Father’s person, the effulgence of His glory; the self-denying Redeemer, throughout His pilgrimage of love on earth, was a living representation of the character of the law of God. In His life it is made manifest that heaven-born love, Christlike principles, underlie the laws of eternal rectitude.

“Till heaven and earth pass,” said Jesus, “one jot or one tittle shall in nowise pass from the law, till all be fulfilled.” By His own obedience to the law, Christ testified to its immutable character and proved that through His grace it could be perfectly obeyed by every son and daughter of Adam. On the mount He declared that not the smallest iota should pass from the law till all things should be accomplished—all things that concern the human race, all that relates to the plan of redemption. He does not teach that the law is ever to be abrogated, but He fixes the eye upon the utmost verge of man’s horizon and assures us that until this point is reached the law will retain its authority so that none may suppose it was His mission to abolish the precepts of the law. So long as heaven and earth continue, the holy principles of God’s law will remain. His righteousness, “like the great mountains” (Psalm 36:6), will continue, a source of blessing, sending forth streams to refresh the earth.

Because the law of the Lord is perfect, and therefore changeless, it is impossible for sinful men, in themselves, to meet the standard of its requirement. This was why Jesus came as our Redeemer. It was His mission, by making men partakers of the divine nature, to bring them into harmony with the principles of the law of heaven. When we forsake our sins and receive Christ as our Saviour, the law is exalted. The apostle Paul asks, “Do we then make void the law through faith? God forbid: yea, we establish the law.” Romans 3:31.

The new-covenant promise is, “I will put My laws into their hearts, and in their minds will I write them.” Hebrews 10:16. While the system of types which pointed to Christ as the Lamb of God that should take away the sin of the world was to pass away at His death, the principles of righteousness embodied in the Decalogue are as immutable as the eternal throne. Not one command has been annulled, not a jot or tittle has been changed. Those principles that were made known to man in Paradise as the great law of life will exist unchanged in Paradise restored. When Eden shall bloom on earth again, God’s law of love will be obeyed by all beneath the sun.

“Forever, O Lord, Thy word is settled in heaven.” “All His commandments are sure. They stand fast for ever and ever, and are done in truth and uprightness.” “Concerning Thy testimonies, I have known of old that Thou hast founded them forever.” Psalm 119:89; 11:7, 8; Psalm 119:152. 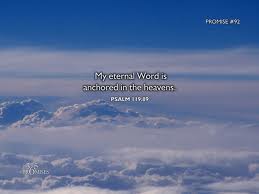