There is something special that happens this time of the week, it happens every Friday at sundown. This is my favorite part of the week, want to know why? Well hopefully I can explain it to you well enough in this blog. =)

It started a long, and I mean a long time ago. Way back when God first created the world, He did it in 6 days, on the 7th day He said that it would be a holy day a time to rest from work, also a time to remember what He had done in the 6 days before. God rested on the 7th day, not because He was tired but to show us an example.

God knew that mankind would work themselves to their death if they didn’t have a day to put aside their work and rest. During that time when man would rest he would remember what God did when He created the world. “And he said unto them, The Sabbath was made for man, and not man for the Sabbath…” Mark 2:27

God wanted to make sure that we saw how important this day was for Him, so He wrote that commandment on stone, it is known as the 4th Commandment, written by God’s own finger! Now that is important, if God thought it was just another thing to toss aside He wouldn’t have taken the time to write it with His own finger and on stone at that!

Now you must be wondering something, why does most of the world worship on Sunday if God ordained Saturday as the true Sabbath day? Constantine, who claimed to be a Christian himself, was the first emperor to declare that the day was to be changed to Sunday to worship, and not on Saturday. You see the church slowly began to celebrate Sunday as a festival to remember Jesus’ resurrection, it was time for rejoicing and a happy time. While on Saturday or Sabbath it was to be a solemn time and very serious.

It is no wonder that almost everyone agreed to worship on Sunday instead, it was more fun! There were a few though that did not want to change, they knew that it was not God’s will and they stayed true to the true Sabbath, nevertheless the devil was not happy about that, later he influenced the rulers of that time to persecute those who still kept the original Sabbath.

Well all through the ages there have been a few and small groups of people who have kept the original Sabbath Day, around the year 1844 or a little before, a tract was published sharing the news that Saturday and not Sunday was the true day to worship. To make a long story short, a group of people arose who named themselves 7th Day Adventist and who proclaim this message around the world.

God showed these people that this was a special day, He also showed them that He had a special light that surrounded this day and the commandment it is based on. He then wanted those people to share what He had taught them to the world. 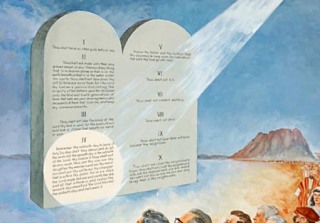 This day is a day of rest, it is one that I love and look forward to every week! All through the week we prepare for this day so that we may be ready for it. When it does come it is very special and a feeling comes over me that I can’t quite explain, but it is very peaceful and wonderful. You feel clean inside and out!

The devil always tries to make a counterfeit for what God has originally set up, he wants us to worship on a day that he has sanctified and not God. God has asked us to study to show ourselves approved, and to make a decision, this decision is based on everything and will change your life forever.

My challenge to you is this, this week study for yourselves how this change took place and choose for yourself which day to worship on. A great book to read on this subject is called the Great Controversy, if you would like to know more about it go to http://www.thegreatcontroversy.info/ .

The number 7 is also a perfect number, we will also be worshiping and keeping Sabbath when we reach heaven. I want to worship on God’s true Sabbath day, now and in heaven don’t you?

The Sabbath of the fourth commandment, sanctified by God, was given to man as the memorial of the creation of the world and all things therein. Ever since the institution of the Sabbath in Eden, Satan has made a determined effort to destroy this memorial, and in its stead to institute a spurious sabbath, in order that the memorial of God’s great and wonderful works might be lost from the mind, and there be brought about a worldwide apostasy against God’s law. He well knows that, by leading men and women to disregard the fourth commandment, he has placed them on his side of the controversy; for God says, “Whosoever shall keep the whole law, and yet offend in one point, he is guilty of all.–Ms 24, 1891, p. 7. (Diary, “Satan’s Efforts to Destroy the Sabbath Memorial of the Creation,” typed February, 1903.) {5MR 88.1}