Many, many people know the song Amazing Grace, and it is most people’s favorite hymn…but when you hear the story behind the famous hymn it is quite interesting. Today I will be sharing that story with you. 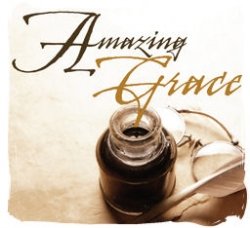 John Newton, the writer of the song Amazing Grace, was born July 24, 1725, in the Wapping district of London, near the Thames. His father was the commander of a merchant ship, and his mother was a devout and pious Christian woman. It had been her tenderest hope that Newton would become a clergyman, but she died of tuberculosis when Newton was only 6 years old. When his father remarried, he was sent to boarding school, where he was mistreated. Newton left school at 11, and became an apprentice on his father’s ship. 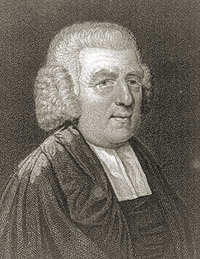 As a sailor, he was known for his headstrong rebellious nature. In 1744 he was impressed into the Royal Navy, and deserted shortly afterwards to visit Mary “Polly” Catlett, whom he later married. When recaptured, and returned to the H. M. S. Harwich, he was publicly flogged, and demoted to common seaman, from being a midshipman. Newton continued his course of rebelliousness, and openly mocked his captain, and wrote obscene poetry about him. These poems became so popular the other sailors would join him in singing them.

Eventually, at his own request, he was transferred to a slaving ship. Because of his continued insubordinance, he was sold as a slave himself to a plantation owner in Sierra Leone. Newton’s father intervened, however, and sent a ship to rescue him. While aboard the Greyhound, Newton became notorious for being the most profane person the captain had ever met. Though profanity was the norm, Newton was admonished many times for, not only using the worst words the captain had ever heard, but for making up new ones.

During a voyage in early 1748, Newton began reading The Christian’s Pattern, a summary of a book written 300 years earlier, titled The Imitation of Christ, by Thomas a Kempis. It was during this voyage, when the ship was overtaken by a violent storm, that Newton experienced his conversion. Violent waves beat upon the ship, and washed one crewman overboard. In desperation, Newton cried, “Lord, have mercy on us!” It was not long until the fury of the storm abated somewhat, and retired to his cabin.

Newton began reflecting on what he had read, and the prayer he had uttered in desperation. He began to wonder if he could be forgiven, for he had not only refused to be a Christian, he had mocked and derided those who were. His life had been a continual round of debauchery and vice, and now he wondered if he could be taken into the fold of Christ. A transformation that would take several years began, and he started to mend his ways.

Upon arriving in Lough Swilly, Ireland, Newton contacted the family of Polly, and announced his intentions to marry her. Her parents were reluctant, knowing his reputation for profanity and impetuousness. Nevertheless, they consented to a correspondence between the two. The two were finally married in 1750.

Though still running slaves, Newton began a studied effort to submit to authority, and totally left off profanity. Newton began treating the slaves within his care humanely, and held weekly worship services for his crew. Several years later he was offered a position captaining a ship with cargo unrelated to slaves, and he gladly accepted. Shortly after, in 1755, at the age of 30, he collapsed, and never sailed again. 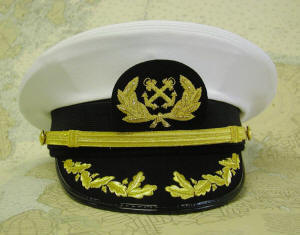 Eventually, he applied to the Bishop of York for ordination, but was turned down. Newton was encouraged by a friend to write his story, which he did. This autobiography so impressed the Earl of Dartmouth, that he sponsored Newton for ordination with the Bishop of Lincoln. It was in 1764 that Newton received the curacy of Olney, Buckinghamshire, and began his life as a minister.

In 1780 Newton left Olney to become rector of St. Mary Woolnoth, St. Mary Woolchurch, in London. There he drew large congregations and influenced many, among them William Wilberforce, who would one day become a leader in the campaign for the abolition of slavery. Newton continued to preach until the last year of life, although he was blind by that time. He died in London December 21, 1807. Infidel and libertine turned minister in the Church of England, he was secure in his faith that amazing grace would lead him home. 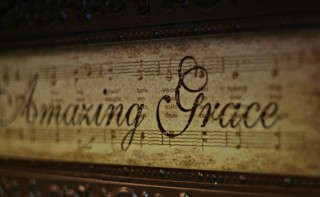