Hi everybody! A lot of fun things have happened since I wrote las, and many new adventures. In fact, I gave you a sneak peek of what I did by posting some of the pictures on my last blog. Now I am ready to tell you what has happened and what is coming up. 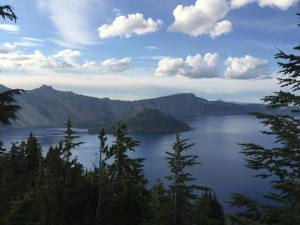 Okay, let’s go back to the Thursday before the Fourth of July… Elisa and I spent all day in the kitchen, she was a great help to me as I was making homemade hot dogs and hot dog buns. We just thought we were going to have a nice lunch on the Fourth, but little did we know what the Pastor and his wife had in mind for the group.

On Sunday morning they made an announcement that we were going to have the day off! We were going to go on a picnic and also do some hiking to see these amazing waterfalls, and then we would have to decide between climbing the boulders or swimming in a lake.

Boy were we excited! We literally raced to get ready and to jump in the vehicles to be on our way. It took us an hour and a half to get to the place where we were going to hike and picnic. So we each grabbed our backpacks and water bottles and hit the trail.

It was very steep and slippery so we were all cautious on the way down and we helped each other, it took some time because it was steep! Then we had to cross a log to get to the actual flat lands where the rocks and waterfall was.

We had to climb over the rocks to get to rocks that were a small distance away from the waterfall, but the waterfall was so powerful that the mist got us completely soaked. The wind whipped our clothes around and the water felt wonderful after the hike down.

We felt a bit of freedom as we flung our arms out to enjoy the water and wind combined. We stayed there for a while and just enjoyed being in the moment laughing, talking, and playing near the waterfall.

Then we climbed up the trail and enjoyed a great picnic lunch of potato salad, hot dogs, and buns. A typical Fourth of July meal, though technically it was the day after the Fourth.

We talked about whether we should go swimming or go see the boulders and took a vote and swimming won out. We traveled to the lake and had to hike a little ways to get to a small secluded cove and then we all jumped in and the fun continued. 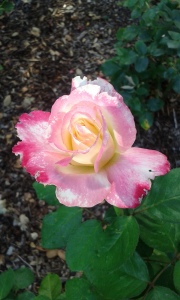 After that we hiked back up to the cars and drove about another 15 or 20 minutes down the road. We went to see a lake called Crater Lake, which was a volcano that erupted and then filled with water.  It is the deepest lake here in U.S.A!!! In the middle of the lake there is a crater that looks kind of like a mini volcano.

About a week after that we all took a trip to California. The pastor had a meeting with other pastors from around the world. During the week we learned how to sew and we each made a skirt, a dress and some made shirts; I only got my dress and skirt made. The class also learned how to crochet, but since my mom had already taught me that when I was younger, I just learned a new pattern- which was how to crochet in a circle. That was a lot of fun, even the men got in on the fun and were making scarfs and shirts. It was a lot of fun! 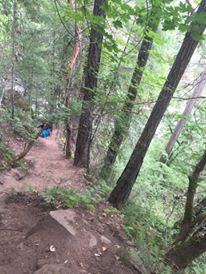 Saturday night something interesting happened!  We were on the way back to where we were staying, and when we were about a half an hour away, we came to a complete stop. There happened to be a mud slide on the road and we were informed we were going to be stopped for about 3 hours! It was already 10:30 p.m., and by the time they cleared a whole new path, it was 2:00 in the morning! But only 4 wheelers and All Wheelers could go through, one of the pastors was right behind us and he had an All Wheeler, so all of us youth got into his car and we got back at 2:30, the rest of the people didn’t get home until 3 o’clock in the morning!!!

While we were waiting, two people from our group went up and down the whole car chain and passed out tracks, and since people had nothing else to do, they took the track to read to pass the time, so it was God’s divine appointment! J The mud slide was caused from the rain that we had gotten earlier that day, which was a blessing for California because they are going through a drought right now. 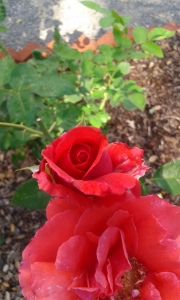 We slept in the next morning and then we hit the road. We traveled another 6 hours to another pastor’s house and just spent the night there. It was a lot of fun and it was nice to finally meet them after I had heard so much about them. 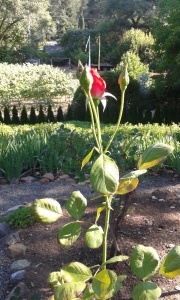 We headed out the next morning and traveled all day!  We stopped to go see Elmshaven, which is a historic house in my church’s history, so it was really awesome to be able to see it and to take pictures of everything. 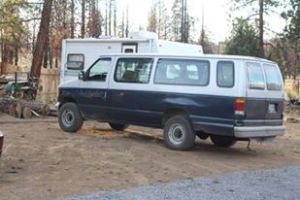 While we were in California we also picked up an industrial sewing machine that we are going to make tents with. Tents to be used for camp meeting, or schools, or for whatever any ministry needs it for. We were all pretty excited about that, our new sewing skills will come in handy for that, and it is also a good way to make some money for the school. The Lord is blessing this school so much and we have had many miracles – like the van we got for $500 and the printer that we got for $700 (the printer is a fancy printer that usually costs $1,500) and now this sewing machine for $500. The Lord is so good and I can’t wait to see what else is in store for us at this school.

I’m sorry it took so long for me to write again but because we were gone we weren’t on the computer much, and I figured you would like to hear all about these adventures as well. Until my next blog, may you all be blessed, and thank you for your prayers.

5 thoughts on “Fourth of July Weekend and Other Adventures…”