There have taken place here a number of small miracles. I think it is wonderful how God answers our prayers concerning the small details in our life’s and takes the time to answer those requests. These miracles somehow all revolved around technology equipment.

The first one that happened was to one of the guys here in my group. He had just gotten some new equipment to record his music, and he had heard how difficult it was to set up this program up on his computer. So after struggling with it for several days and spending 10 hours fussing over it and trying to get all the help he could from the experts online and watching countless YouTube videos on it he still couldn’t get it to work.

He of course was becoming completely frustrated and then the thought occurred to him about saying a prayer to God for advice and help in this matter. So he knelt down and prayed for forgiveness for becoming frustrated and impatient and also for not coming to Jesus in the first place for help.

So after he prayed, he then played a couple of songs on his guitar and then he decided to give it a try. He went on his laptop and within less than a couple of minutes he had the program uploaded and working on his computer, he knew that the Lord had led and guided his hand to do the right thing! Isn’t God wonderful?

Then we received a free printer from someone and so we were trying a long time to get it up and running so we could use it for our everyday purposes. The printer wouldn’t connect to any of our computers and it kept up showing that there was an error.

We tried everything in our power and everything that we could think of but nothing worked. So we decided to have a prayer meeting about it and all the things that I’m about to tell you about. And we prayed and decided to leave it trying to connect it with one of our computers for a while.

In the meantime, we were trying to burn DVD’s off of my laptop and we were able to get one DVD to burn, but then we tried another DVD but it did not work and we tried at least 10 or more times to get it to work.

So when we prayed for the printer we also prayed for us to be able to figure out a way to get my computer to burn the DVD.

Well we went to town the next day and one of the boys thought of to ask a computer technician about the printer, and he told them of a simple thing that they could do, so simple that they thought that it couldn’t work. So anyway they came home and they decided to try it out, and low and behold it worked! We were praising God for His goodness! 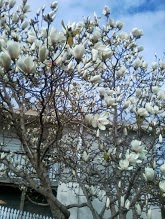 And then we tried burning the DVD off an old desktop that we have and we took the burned copy and burned that one on my computer and once again it worked, we knelt down once again and had a season of praise and thanksgiving to the Lord.

On Sabbath we went to the nursing home to sing to the people there. When we got there they sent us to the hospital section of the home. When we went in the people all looked as if they were almost dead and that the singing would be for nothing. But I knew that as soon as the music would start to play those people would come alive and they would start to sing and smile.

That is exactly what happened – the old people came alive when the music of the old hymns wafted up to meet their listening ears.

Something else that is really fascinating that we just started doing is to go door-knocking Bible studies! We go out and present free Bible studies to the people and it is in the comfort of their own homes, we are so excited as we take this next step, it will definitely be a learning a growing process. 🙂

Not too long ago we came home from work and we found our house had been invaded in! There were black garbage bags of clothes inside, there was cleaning supplies, gardening supplies, kitchen utensils, and there was some other small but really appreciated necessities!

We were literally jumping up and down inside and bursting with curiosity to know who it was and yet we had a pretty good idea to who it could have been. We later found out that it had indeed been the people that we were guessing and we were praising the Lord for His wonderful goodness!

Now our house really did become a home! We thank the Lord for providing such friends who are willing and ready to hear the voice of the Lord!

Another amazing thing that happened; a few nights ago I went downstairs to lock the front door and patio door. So I came down the stairs and locked the front door, and then I made my way to go to the patio door and I hadn’t taken more than a few steps when I felt my heart began to race at a fast speed and then I heard the floor creak and then I knew someone or something evil was in the living room.

So I quickly ran upstairs and got two of my friends and we all went downstairs and had a prayer down in the living room. Then we went upstairs and since we were all still nervous and jumpy we decided to have a prayer meeting with reading scriptures, singing songs, and prayer.

One of my friends decided to get rid of her jewelry and we all felt that it was because of that the evil spirit was here in the house. So the night continued on and we continued our prayer meeting and we soon did not feel the evil spirit in the room, but instead a sweet and abiding joyful presence was in the room.

Well, finally we had the final prayer and we were just about to go out of the room and go our separate ways, when all of a sudden my friend’s phone, (the one who got rid of her jewelry), started to play the song called “You Raise Me Up” and the phone was totally black and the song started in the middle of the song.

She told us that she had just prayed that the Lord would show His presence in the room, and the Lord answered her prayer in a mighty way, through the song. He had chosen her when she was young to follow Him and He used the same words as was in the song, the Lord is good!

The devil is trying his best to get us scared or discouraged, but we know that the Lord is more powerful than anything and that all we need to do is to call on Him and He will send the devil on his way.

Speaking of which I appreciate and thank you all so greatly for your prayers, I know for fact and without a shadow of doubt that God is hearing those prayers and answering them, so don’t be discouraged! 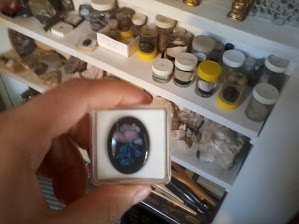 I praise God every day for bringing me here and letting me be able to work in His vineyard; time is running out and we need to get ready!

My prayers are with all of you! 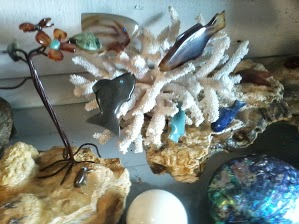 3 thoughts on “The Small Things”